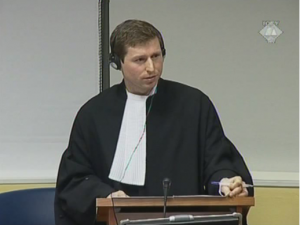 Matthew is a Trial Lawyer at the International Criminal Court and was previously a Legal Officer in the Office of the Prosecutor of the ICTY and the IRMCT. He has worked on several cases involving war crimes, crimes against humanity, and genocide. In 2016, he worked as a Human Rights Officer for the United Nations in Afghanistan. In 2007, he worked at the International Criminal Court in the Immediate Office of the Prosecutor and, before that in New Zealand as a criminal defence barrister and as a legal officer at the High Court. He has written several articles on international criminal law, including on crimes against the environment, and was a member of the New Zealand delegation to the Review Conference of the ICC in Kampala in 2010, where the amendments on the crime of aggression were adopted. 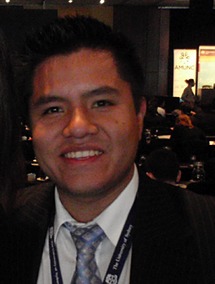 Manuel is a Legal Officer at the IRMCT (Arusha Branch). He was previously a legal adviser in the Chambers of the STL. He has worked in the Office of the Prosecutor of the ICTY, primarily on the Karadzic and Hadzic cases, and in the Ruto (Kenya) Defence team at the ICC. He has published several articles, blog posts, and book chapters on international criminal law and has taught at various institutions around the world. He is an Adjunct Fellow at Western Sydney University and has formerly clerked for Chief Justice Mogoeng Mogoeng of the Constitutional Court of South Africa and President Antonio Cassese at the STL.

Membership of the Coalition for the International Criminal Court

The Peace and Justice Initiative is a member of the CICC, a global network of civil society organisations supporting a fair, effective and independent International Criminal Court.

The Peace and Justice Initiative is a registered service provider at CAPMATCH, an online platform of the UN Civilian Capacities Team, for providing specialised civilian capacities in the justice sector for countries emerging from conflict.